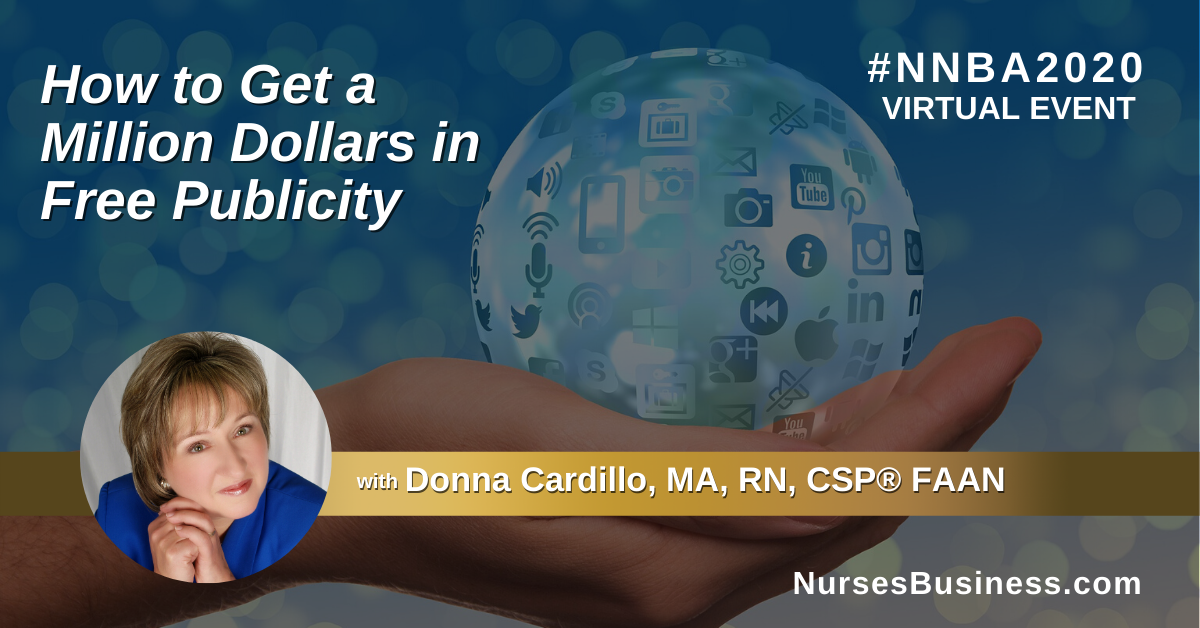 NNBA 2020 – How to Get a Million Dollars in Free Publicity

Would you like to get your name and face in newspapers and magazines, be quoted in print and online, and appear on television? Publicity helps to boost your visibility and credibility, positions you as an expert in your field, and expands your advertising reach. Spend a power hour with The Inspiration Nurse, one of the most often quoted nurses in the world. Donna has appeared on national television including the Dr. Oz and TODAY shows. She’s the original Dear Donna columnist for Nurse.com and her work has been featured in the Los Angeles Times, Newsweek, and Redbook.