Shift Time: A Case-Story of Changing Roles in Nursing 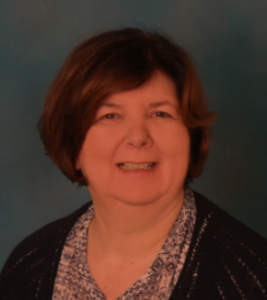 Everything on earth has its own time and its own season.
Ecclesiastes 3

On February 14, 2016, I made a life-changing decision. It had to do with love but not in the romantic sense. Boston had its tenth snowstorm of the season, and we had reached 100 inches of snow. I was working as a visiting nurse, and although I loved my job, it was an “Aha” moment that I had to make a change in my life because I wasn’t getting any younger, and the job was getting more challenging. As I was driving around with no place to park with snowbanks taller than my car, I decided: ” Within five years, I would either retire or work in another nursing area that didn’t require working through every snowstorm, holiday, or had five hours of paperwork per night. ” I had no idea about the logistics of where or how I would make this significant shift in my life, but I did know why I needed to make the change. I had to be my self-advocate because no one could/would do this for me.

In May 2021, I graduated from my MSN program with a concentration in nursing education. At the age of 64, I found myself in an unexpected situation of having not one but three different job track offers. Retirement wasn’t one of the tracts. I took the offer of a full-time nursing faculty position. I continued my part-time independent contractor position that expanded my role to training nurses and performing assessments for personal care for very vulnerable patients. I turned away from the third track but could return to it in the future. As I start 2022, I earn more money teaching aspiring nurses and being an independent contractor with excellent job satisfaction. I now have re-created my five-year plan (2027) to consider looking at retirement in 2032 or maybe not. I do notice that many educators are working into their later years and are a very vibrant group. I am working on a certificate in simulation, which is the new way nursing students are being taught these days.

I realize some people aspire to retire by 65 years old, but I never felt that way because of the lessons I learned from home care. I worked with the elderly from all kinds of backgrounds. I saw that professors tended to go to school and kept their minds young. They had physical ailments, but they had excitement and purpose from what they wanted to learn. I saw patients running businesses well into their 90’s despite their disabilities, and I knew I wanted to grow older in this way. However, I also saw the opposite, with one woman telling me – “Christmas is just around the corner” in September. She was in a bland tan state of mind with no purpose in life.

I have no magic formula for everyone, but I wanted to share what worked for me in making the shift:

I went to a nursing retreat where I met a group of very inspiring nurses. They had attained high levels of nursing education and were successful nurse business owners. In this conference, I learned that I would only be successful as the five people I associated with the most. So, I decided I wanted to work around nurses who improved themselves, valued education, and were lifelong learners.

I was interested in pursuing several areas, but I found I had to focus on the most important, which was getting an MSN. I had been out of school for 38 years, and I wanted to get a master’s degree in nursing. Thinking I was too old had been my barrier. Despite that, I applied, got accepted, and then said, “OH no- what did I do? “. I persevered through learning APA, Research, Policy, Informatics one course at a time, and I became a member of Sigma (Nursing Honor Society). It took four years because I went one course at a time, but it was one of the best decisions. It reignited my desire to be a life- long student.

I joined NNBA and went to the conferences. I was inspired by the speakers, the people I met, and the energy from the creative nurses in businesses. Two nurses encouraged me to become a certified case manager. I had been an uncertified case manager for years but decided to make it official. I learned many lessons from Case Management, including Motivational Interviewing. It’s a technique that helps people overcome their addictive behavior by finding the motivation to change their behavior, but it also has many possibilities to help people overcome their inertia.

I looked for opportunities to move towards teaching. At one point, I thought I had no qualifications to teach but discovered that if I put my resume on this faculty database, it would possibly match a teaching job. I was offered an adjunct faculty position teaching Community (Home Care) one day per week within a year. By the time I graduated from the MSN program, I had three years of teaching experience.

I wanted to shift in my work situation, and in November 2019, I found an independent contractor position that would earn significantly more money but had more risk. I took the chance to quit my “secure job” of 19 years. By March 2020- a new merger at the old job was in place, which included downsizing the entire area I worked in, so I would have lost the job anyway. During the pandemic, I worked remotely as a contractor for the whole time.

One of the side activities I enjoy has been inspiring others to seek more education to advance their careers. Some of the people I have influenced include my best friend from home care who got her MSN and two home care nurses to get their case management certificates. In addition, an NP to get her teaching certificate, a chef to get her nursing degree (she is now going her NP), and a home health aide to get his MRI certificate.

Lessons learned: No matter where you start, believe in yourself to make the change and become your self- advocate. Create a list of possibilities you want to pursue and focus on the most important to you. Surround yourself with like-minded people interested in improving themselves and inspire and encourage each other’s growth. Don’t rush; take baby steps no matter how small; take the step forward. Look for opportunities and risks that change will be for the better. Think about your age now; no matter your decision today, you will be five years older in five years. You already know what you have now in the current situation; the change could make a real difference if you take the risk! Remember you are not too old and likewise you are not too young! Join the adventure of becoming life- long learner and your employer.

Rosemary Mangan is an experienced nurse educator, and independent contractor. She is a retired home care nurse of 28 years. She earned her MSN with a concentration in nursing education in 2021 and became a Certified Case Manager in 2018. She is an aspiring to become a specialist in simulation and a health care writer. She has an interest in developing Motivational Interviewing techniques for nurses.

Innovation for Wellbeing: The Key to Addressing Burnout in Healthcare
03/12/2022

3 Tips to Create Aligned, Genuine and Authentic Copy and Messaging
12/31/2021

Blog Post Categories
Recent Posts
Go to Top
We use cookies on our website to give you the most relevant experience by remembering your preferences and repeat visits. By clicking “Accept”, you consent to the use of ALL the cookies.
Do not sell my personal information.
Cookie settingsACCEPT
Manage consent